homes for sale in calimesa CA

Calimesa began as a small rural town with mostly ranches and single-family homes. After U.S.Route 99 (modern-day I-10 freeway) was completed, more businesses started to open, and Calimesa and started to form its own identity. In June 1929 nearly 100 residents attended a meeting to discuss applying for their own post office and determine a name for their town. They proposed a “name contest” where the winner would be paid $10. Out of 107 names, Calimesa was chosen. The name comes from “Cali” (meaning California) and “mesa” from the Spanish word meaning “table” or table-lands.” The grocery store at Calimesa Boulevard and Avenue “K” was the location of the first post office. The City of Calimesa was incorporated on December 1, 1990. Before incorporation, Calimesa was an unincorporated town that straddling the Riverside-San Bernardino County line. 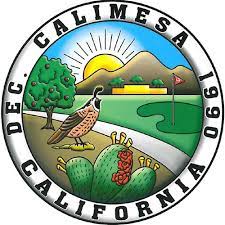 Before incorporation, Calimesa and Yucaipa were divided by the Wildwood Canyon Wash. Today County Line Road serves as the divider for the two towns. Many areas that were historically Calimesa are within Yucaipa city limits today. Places like “I-Street” (Calimesa) Park and the Calimesa Elementary School were once within the area considered to be Calimesa. When Calimesa incorporated the laws of the State of California prevented the incorporation or annexation of the parts of Calimesa on the San Bernadino county side of Countyline Road. So to prevent an area of unincorporated land between Calimesa and Yucaipa, Yucaipa incorporated this land into their city. While Yucaipa and Calimesa are separate cities, they share the same addressing, basic street grid system, and alphabetical streets.

Calimesa is a city within Riverside County, California, and is considered part of the Greater Los Angeles area.

In the past decade, there have been several planned communities approved by the City of Calimesa City Counsel. JP Ranch Development (approximately 750 total homes), Singleton Heights Development (approximately 270 homes), Mesa Verde (3,500 homes, and 64 acres of mixed-use commercial space), and Summerwind Trails at Oak Valley (3,841 homes, 260 acres of mixed-use commercial). The number of approved units currently outnumbers the total population within the city. The population as of the latest census in 2010 was 7,879, up from the previous census in 2000 at 7,139. With all the new homes that have been built in the past few years that number will soon double.